The Integration of Regional Infrastructure in South America (IIRSA): Territorial coloniality at the service of extractivism 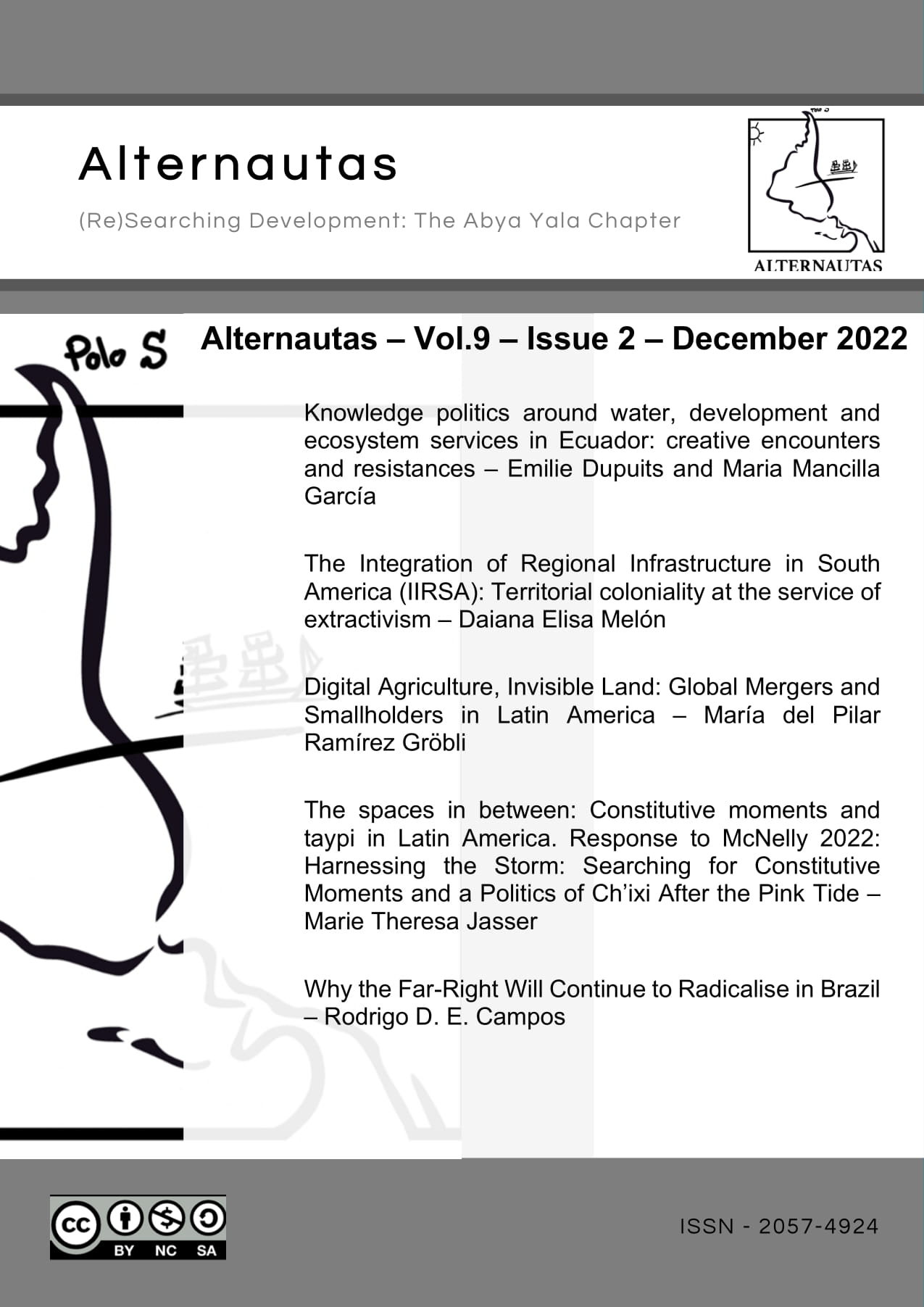 With the transformations that have taken place in recent decades, due to the expansion of global production chains, physical infrastructure has begun to occupy a central place in the development of global capitalism, as a key element in the proliferation, insertion and consolidation of national economies in the international economy. In this context, at the beginning of the new century, the Initiative for the Integration of Regional Infrastructure in South America (IIRSA) was created, with the aim of promoting mega-projects such as highways, oil pipelines, gas pipelines, waterways, sea and river ports, hydroelectric dams, electricity and fibre optic cables. At the same time, this Initiative proposed the development of bioceanic corridors connecting the Pacific and Atlantic ports, favouring the transit of export flows.

Thus, the aim of this article is to analyse, from a critical perspective, the IIRSA and the development of infrastructure in South America from the beginning of the new century to the present day. We will focus on the transversal axes into which IIRSA divided the subcontinent, the flows that were considered a priority and the bioceanic corridors that were proposed.

In order to address the proposed objective, we carried out a bibliographical and documentary review technique (Valles, 1999). Within the framework of this tool, we used three main sources. Firstly, reports and studies carried out by financial and international institutions, and from the IIRSA initiative itself, which were contrasted and compared with hard data and maps. Secondly, newspaper articles, which provide information in relation to the context and the debates that existed. Thirdly, academic literature and articles by specialists in the field.