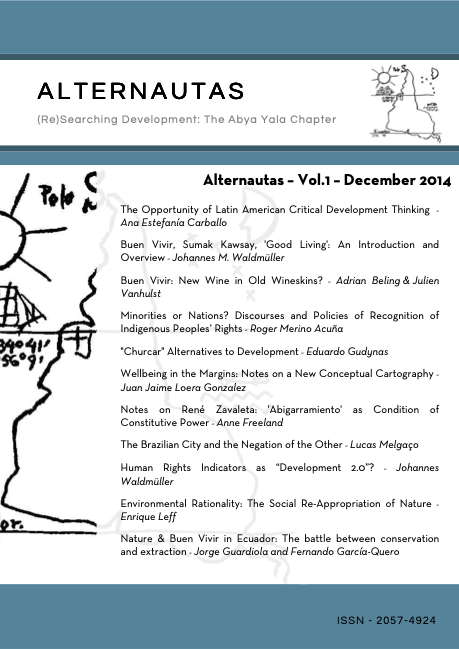 The calls for Buen Vivir that have emerged from the Andean region have prompted a revival of interest in Latin American contributions to development thinking. Policy and academic initiatives have multiplied in the last few years (See post on Buen Vivir), in a reinvigorated interest in alternative notions of development, as well as in the struggles of social movements from across the region and their impacts on national and regional politics. The policy initiatives from different governments in the region that appear to have tilted the political paths to the left, have attracted international headlines and a shifted attention to discussions of development that to inexperienced eyes may appear as a novelty. This renewed interest in Latin American development thinking is most welcome in a discussion that has largely prioritised a Western/Eurocentric lens in its focus. However, this new opportunity to engage with Latin American thinking should not be dissociated from the wealth of experiences, academic and otherwise, that this region has seen in the field of critical development.