The ‘Commodities Consensus’ and Valuation Languages in Latin America 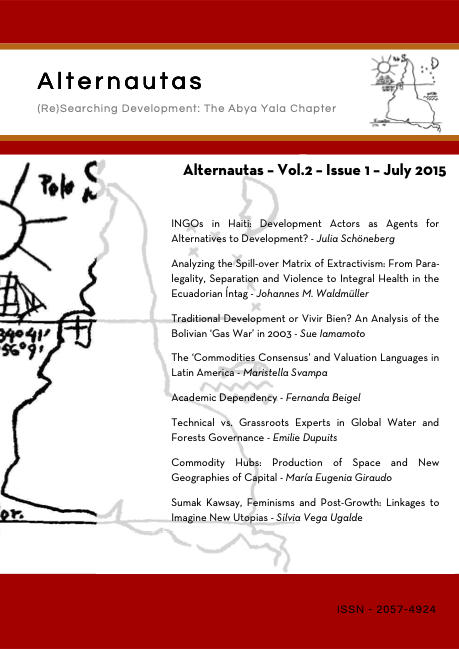 ince Evo Morales’ arrival to the Palacio Quemado and the nomination of David Choquehuanca as the Minister of Foreign Affairs, Bolivian international policy has been marked by a rhetoric of environmentalism, defence of indigenous rights and cosmovisions, and the promotion of vivir bien (good living) as a new paradigm of development.This piece investigates the narratives that the actors of the mobilisations in 2003 — both in the urban context, in the city of El Alto, and in the countryside, in the province of Omasuyos — have enacted to explain their struggle. What sort of perspective(s) on development do they express in their accounts? How much of them can actually be related to a vivir bien formulation, which emphasises the importance of living in harmony with nature and with the community? By investigating these issues in people’s actual perception of their struggle, this piece attempts to cast light on processes that mediate between the empirical and the normative dimensions of development.