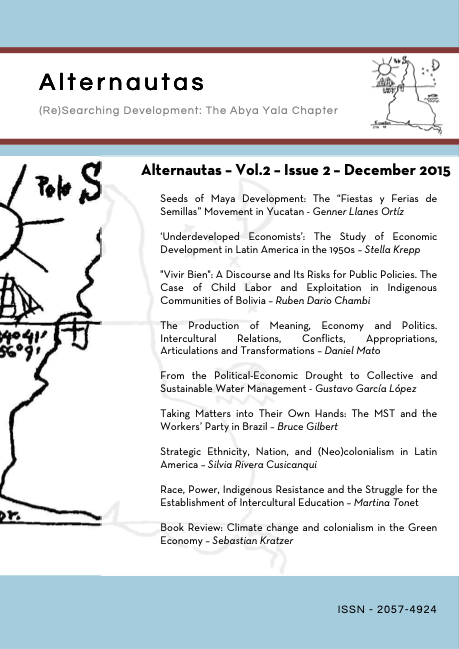 The changes that have taken place in Bolivia since the year 2000, marked by massive and radical indigenous and popular mobilization, brought an indigenous cocalero president to power in the 2005 elections and unleashed a wave of hope and expectations within the antisystemic movements of the world. However, the articulation of ethnic demands and nationalist discourses, as well as the adoption of developmentalist models and the reinforcing of statist centralism, have put the depth of these changes into question. The paradigmatic case of new forms of “accumulation by dispossession” (Harvey) is the highway project between San Ignacio (Beni) and Villa Tunari (Cochabamba), which threatened environmental degradation and ethnocide of the Moxeño, Yuracaré, and Tsimane communities in the Indigenous Territory of the Isiboro-Sécure Park (TIPNIS). The intent of this article is to analyze the struggle in defense of the TIPNIS as a concrete instance of what Argentine sociologist Maristella Svampa calls “the eco-territorial turn in social struggles” (2011: 5). The aim is to understand the political dynamic of ethnicity as a “strategic” project (Baud et al. 1996) and as a field of struggle between the state and indigenous peoples, in this case in the Bolivian lowlands.