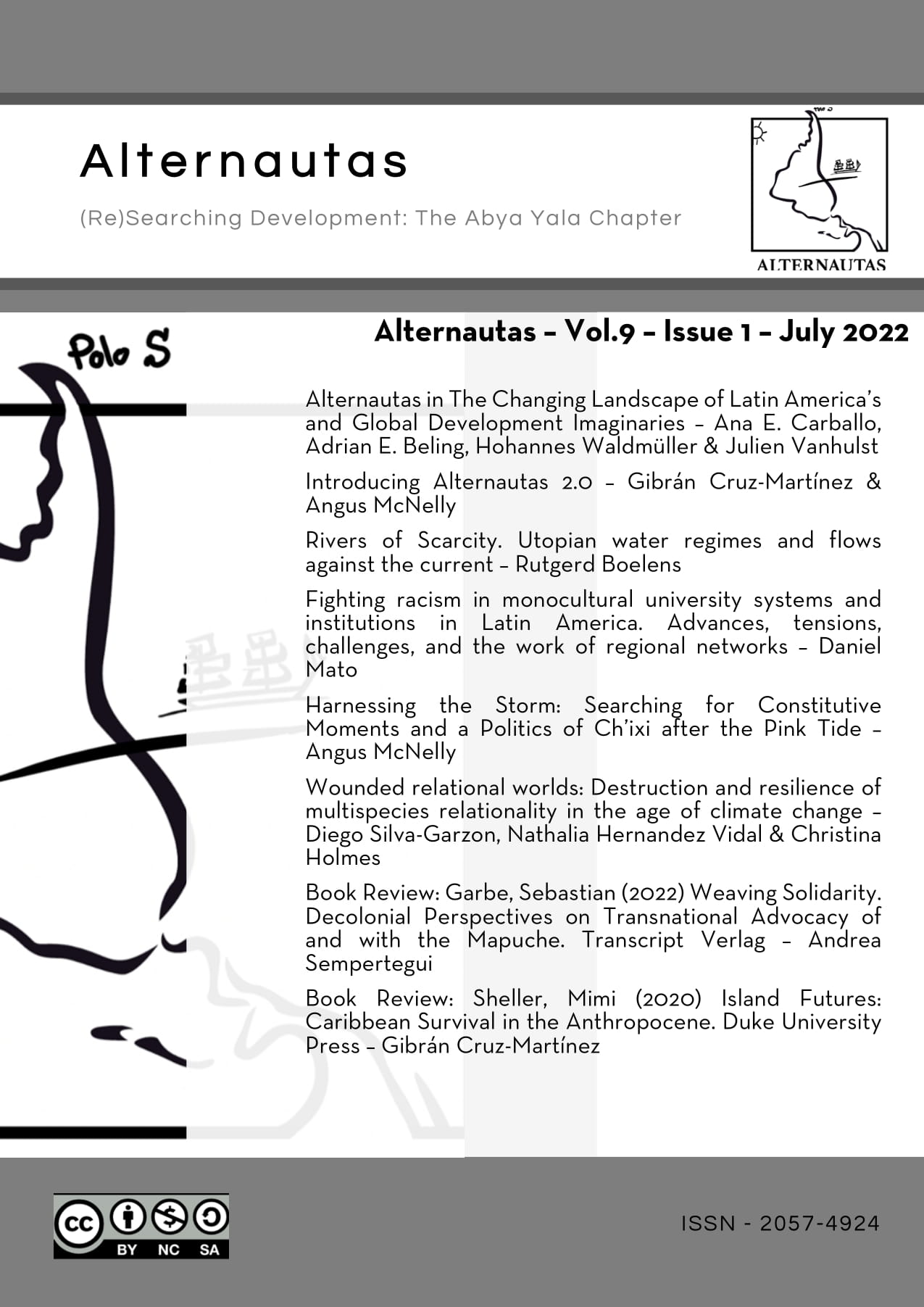 Racism, as both the founding ideology and regime of power constitutive of the Modern World, is a crucial cause of pervasive inequalities in all Latin American societies. As it happens to other social fields, racism intrinsically marks hegemonic monocultural  Higher Education policies, systems, and institutions. Eradicating racism in university systems and institutions demands transforming the whole field to make it completely intercultural, an ambitious and long-run mission that currently involves the practices of numerous and highly diverse social agents. Meanwhile, some of these agents and others with less transformative agendas have been implementing concrete measures to content or fight racism in monocultural university systems and institutions. This article discusses diverse initiatives that seek to content or fight racism in monocultural Higher Education in some Latin American countries. Some of these initiatives have implemented “affirmative action” and other programs to ensure access and fruitful trajectories for Afro-descendant and indigenous people students in monocultural universities. Others have set up programs that articulate the goal of strengthening the educational experiences of these two groups of students with activities that seek interculturalizing monocultural universities. The article shows that although most of these modalities of action have achieved valuable advances, they also confront similar tensions and challenges. These issues are focal points in the work of some regional networks that integrate agents from these initiatives with others participating in other forms of fighting racism in higher education, such as those developed in/from intercultural and Afrodecendant´s and indigenous peoples´ universities.