Decolonising the curriculum and beyond

In this article I outline how Google Images and Google Earth can be used to visualise to students the constructed nature of legal and political concepts in law and international relations. The method consists of asking students to critically discuss the gendered and racialised nature of Google results when googling such legal, geographical, and political concepts as “drug trafficker”, “international development”, “Great Britain”, or “Brazil”, as well as discovering the different layers of natural, cultural and political boundaries and connections that crisscross the world by using Google Earth.

As an innovative method for technology-assisted teaching this method can be used in both face-to-face and virtual learning situations to teach students critical thinking in a way that is both interactive and multimodal, while drawing on technology that students know from their everyday lives. The method can be applied creatively by both students and teachers, and ideally should allow for students to become their own critical researchers, able to uncover the ways in which apparently neutral concepts are shaped by and shape global structures of inequality.

Christoffer Guldberg has worked as an educator and pedagogue since leaving high school and going to work with intellectually disabled persons and businesspeople in Portugal, Denmark and Brazil, teaching music, English and theatre. Moving to Brazil to teach English he became interested in the war on drugs, race and racism in this country, and has since written both a Master’s and PhD on this subject.  The present teaching method was first developed while studying for a joint PhD in São Paulo and teaching on the subject of the war on drugs in Brazil. In addition to this academic trajectory, he has worked in counter-trafficking in West and Central Africa, and with human rights and democracy at the European Union. He currently works as a PGTA at University College London teaching Latin-American history and politics, and as Visiting Lecturer at City University of London, teaching Global Governance and Global Conflict Studies, as well as a tutor at King’s Summer School. These positions have allowed for further elaboration of the below method. 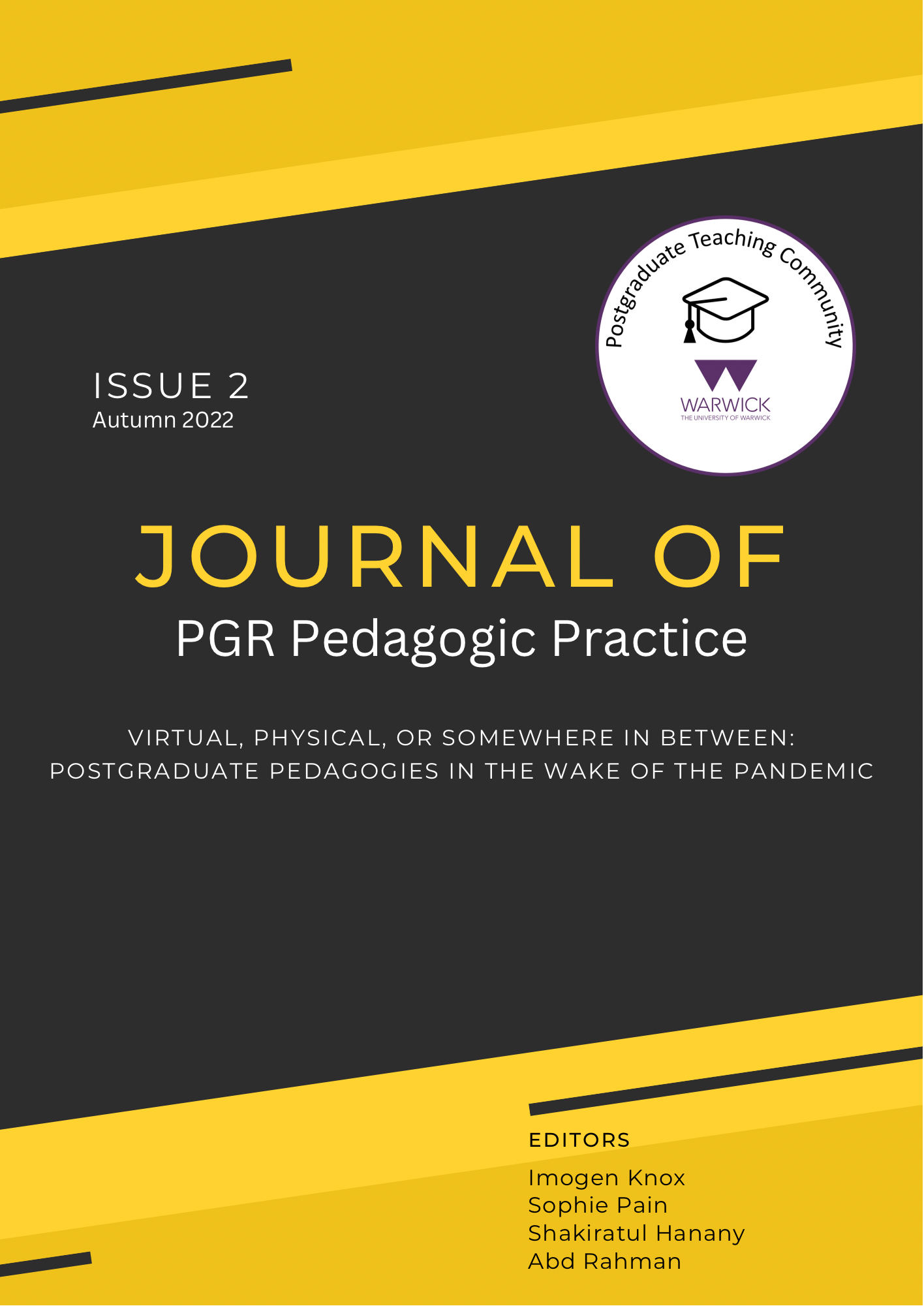 Vol. 2 (2022): Virtual, physical or somewhere in between: Postgraduate pedagogies in the wake of the pandemic